Itsy Bitsy Spider That Went Up My Shower Spout!17 June 2016 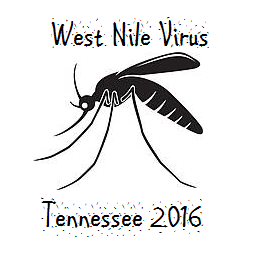 Several batches of mosquitoes around the Nashville area, such as off Nolensville Pike and even upwards to Goodlettsville, have been found to have West Nile Virus. For those of you who aren’t sure or need a refresher we wanted to give some information about what WNV is and how to prevent its spread.

West Nile Virus is a disease in the United States spread through mosquitoes that have fed on infected birds. The infected mosquito is able to pass the virus along to humans and other animals and the result of which can range from mild illness to death in some cases.

The symptoms vary from person to person. The majority of people who become infected will either not have any illness, or will have flu-like symptoms which could include: Headache, fever, body ache, a mild rash, or swollen lymph nodes.

Though most will experience these lesser symptoms, there are cases where people develop a more severe neurological illness such as meningitis or encephalitis. The major symptoms of these are headache, high fever, neck stiffness, disorientation, coma, tremors, seizures, or even paralysis. The CDC states that less than 1% of people infected will develop these illnesses, and that it is a greater risk for those over 60, however, there are cases of younger men and women who have developed these symptoms.

There are no vaccines for WNV at the present time. For those who develop the lesser symptoms, treating them the way you would treat any flu should be sufficient. Lots of water, rest and some over the counter pain relievers to reduce fever and relieve some symptoms is best.

For those who develop the severe symptoms, we urge you to seek medical attention at a hospital where they can give you professional care.

To help prevent mosquito bites avoid being out during dawn or dusk times, wear long sleeves and apply bug spray.

Do your best to eliminate standing water in your yard, or objects that collect water such as trash, tires, cans, flower pots, etc.

If problems persist then it would be best to have a professional and certified pest control company to treat your yard and landscaping with commercial pesticide.